Deep Thoughts by B: Read at Your Own Risk

by Beautifully Invisible on April 5, 2012 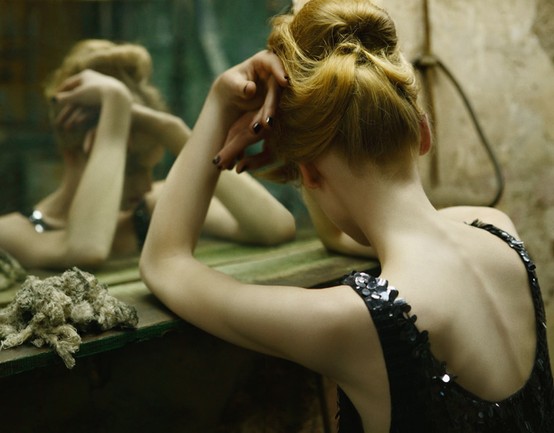 Photo by Eugenio Recuenco via KOS

I know a lot of you are curious about what has happened to me… how come I went from someone who was so clearly invested in this blog to someone who hardly ever posts. Did she quit? Does she not care? Is she just too busy? Will she be back?

However, I have decided to share something with you today that is very personal to me. It is something that has impacted my life in a very big way the past few months. Something has made me withdraw from this blog because I just haven’t been able to motivate myself to write about fashion and style and jewelry and pretty things the way I used to.

That something is death.

You can stop reading right now if you like. I understand. You probably came here looking for something lighthearted and this certainly isn’t it. So I truly do understand if you move on to the next blog post in your reader. But my emotions and the thoughts in my head are screaming for an outlet of some sort, and what better place to act as one than a blog? 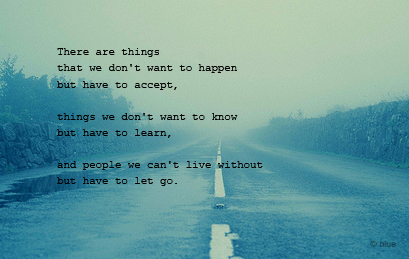 People lose family members, friends, and acquaintances all the time. Death is just a part of life. You would think that, as a 36 year-old woman, I would already have quite a bit of experience with death. And in many ways, I do.

But in just as many ways, I don’t.

I have been fortunate in my life that, until recently, I hadn’t lost many loved ones. The majority of those that I have lost passed away when I was much younger and they lived in a different country.

The other side of the world.

They were family… but for many years, they were also almost strangers to me. People I met once as a very, very young girl and only had vague memories of. People I only knew through stories told by my mother and father. People I longed to know… but never had an opportunity to meet.

Up until this past year, they were really the only people I had lost. Faint memories and characters in the story of my parents life. Their deaths impacted me simply because they impacted my mother and father, not because I knew them. I didn’t know them. They were little more than strangers.. and that always made me feel guilty somehow.

This past year that all changed. Now the people who are dying are more than faint memories and characters in a story. They are aunts and uncles and cousins I know and love. Friends I grew up with. Acquaintances I have known for countless years. People I love.

I guess it’s just a part of life… as you get older, the people around you get older, and the losses start to grow in number. This past year that number has become almost unbearable… we are well into the double-digits where loss is concerned. Some were expected. Some were tragic accidents.  All have been difficult, especially the most recent.

Yesterday we found out that my Uncle has been diagnosed with Stage IV Liver Cancer.  The doctors don’t know exactly how much time he has left, but it’s somewhere between hours and weeks.  We are all devastated beyond words, but all we can do at this point is be there for one another.

And here is the problem.

Though I have let go of  those we have lost so far, I am struggling with something else.  These past few months I have found myself repeatedly confronted with the one thing that almost everyone hates to think about: mortality.  But whose mortality?

Not my mortality. That is the least of my worries.

Not the mortality of my Uncle.  That is constantly in my thoughts, but there is something else weighing on me.

That something is the mortality of my own mother and father.

The fact that, one day in my lifetime, unless there is some tragic twist of fate, they will be gone.

The very thought causes shortness of breath and heart palpitations.

It makes everything else in life seem so trivial… 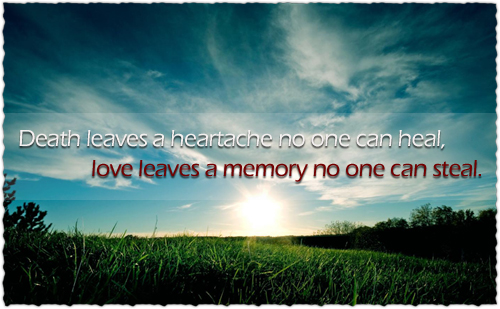 I can’t imagine that day ever arriving, but this unbelievably cruel year has served as a type of wake-up call to me, and it isn’t a pleasant one.

I can’t think about it.

I can’t dwell on it.

And I won’t (you’ll have to forgive me this one time).

I promise I won’t.

I’ll continue to live life and make each day count.

Sometimes I can’t escape that thought.

And it paralyzes me.